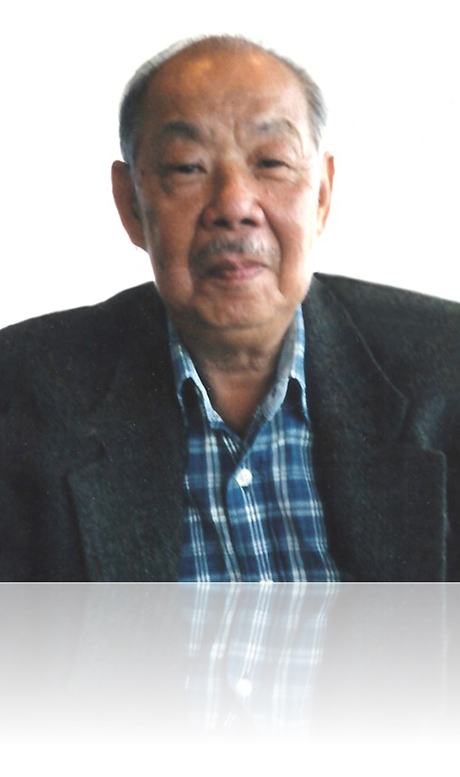 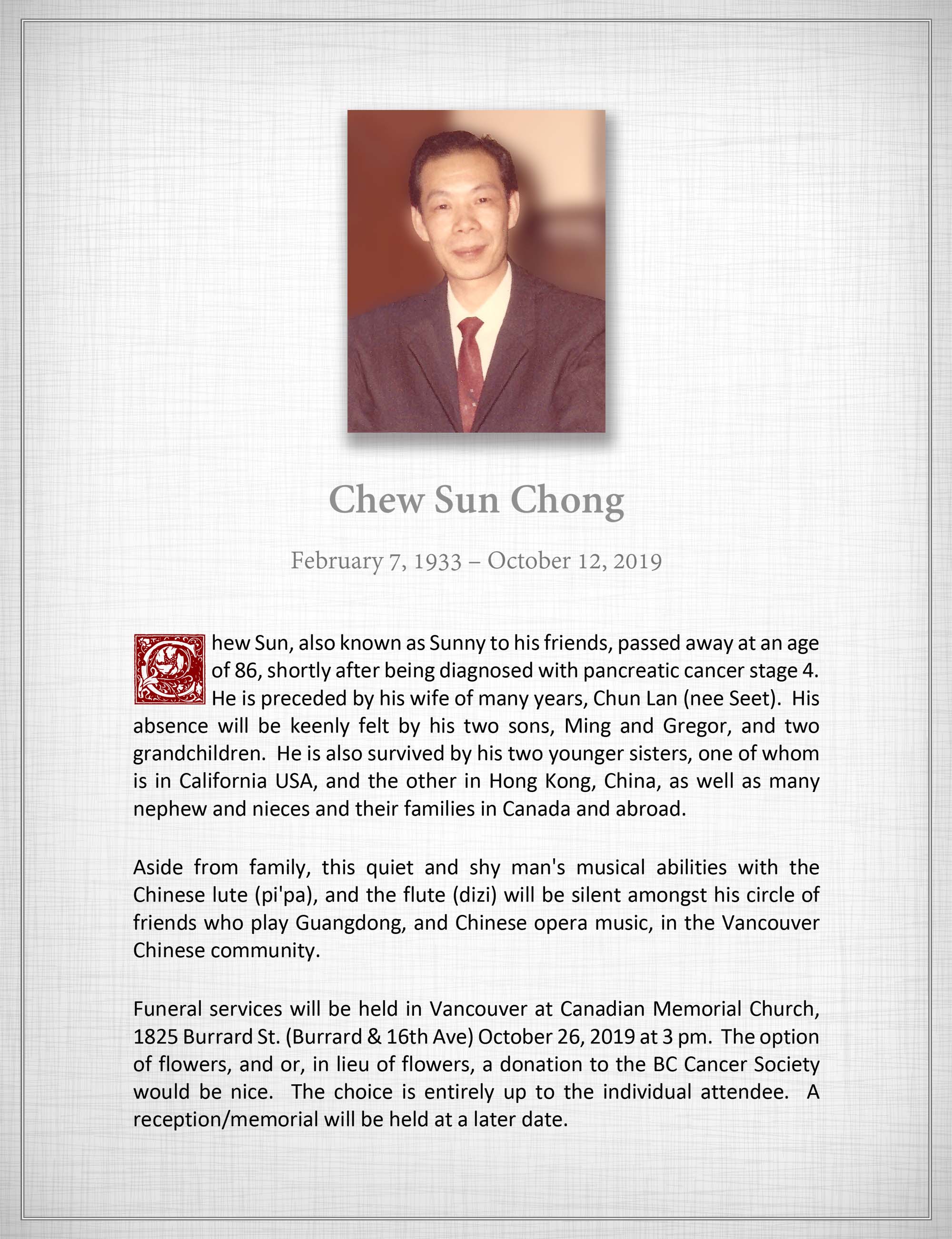 
Chew Sun, also known as Sunny to his friends, passed away at an age of 86, shortly after being diagnosed with pancreatic cancer stage 4. He is predeceased by his wife of many years, Chun Lan (nee Seet). His absence will be keenly felt by his two sons, Ming and Gregor, and two grandchildren. He is also survived by his two younger sisters, one of whom is in California USA, and the other in Hong Kong, China, as well as many nephews and nieces and their families in Canada and abroad.

Aside from family, this quiet and shy man's musical abilities with the Chinese lute (pi'pa), and the flute (dizi) will be silent amongst his circle of friends who play Guangdong and Chinese opera music, in the Vancouver Chinese community.

Funeral services will be held in Vancouver at Canadian Memorial Church, 1825 Burrard St. (Burrard & 16th Ave) October 26, 2019 at 3 pm. A reception/memorial will be held at a later date. The option of flowers, and or, in lieu of flowers, a donation to the BC Cancer Society would be nice. The choice is entirely up to the individual attendee. 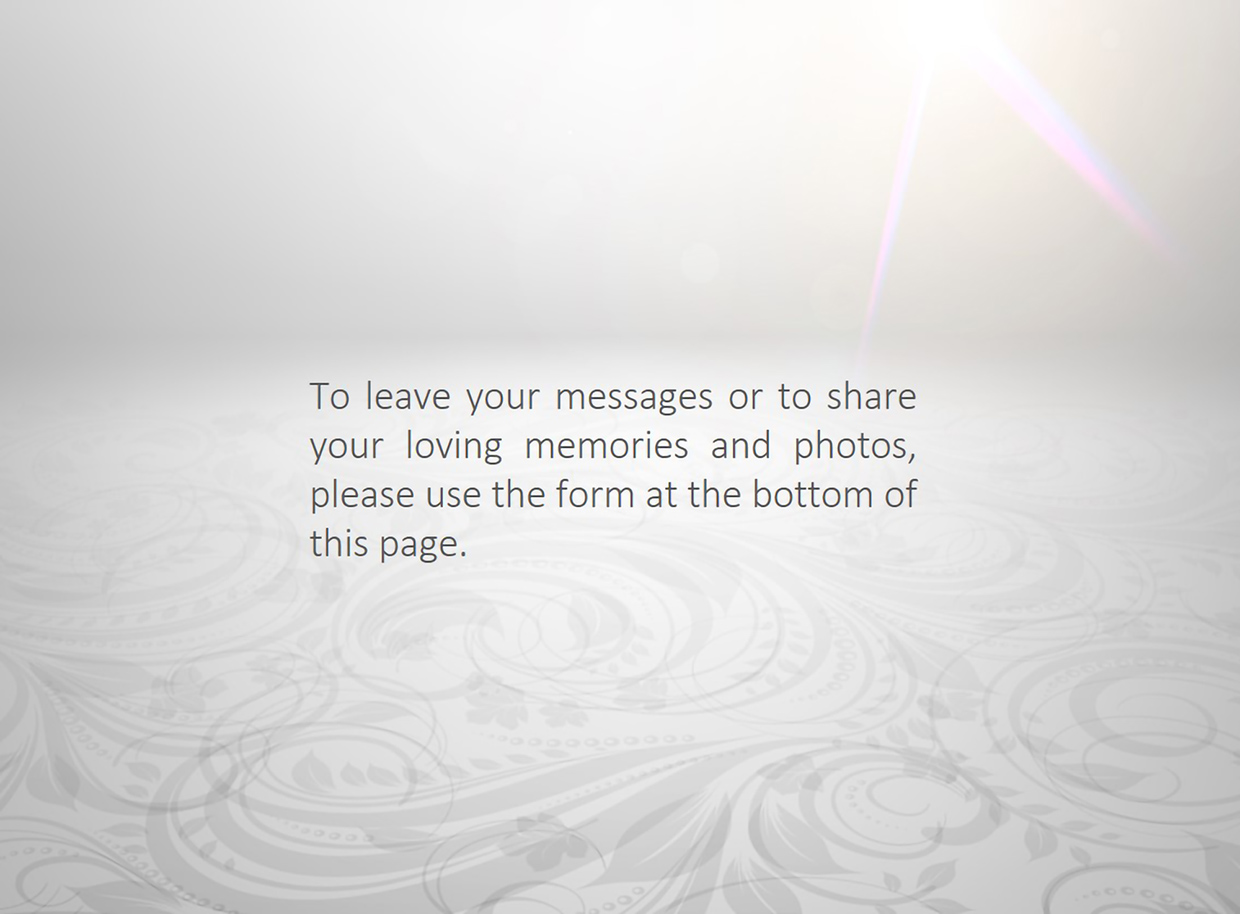