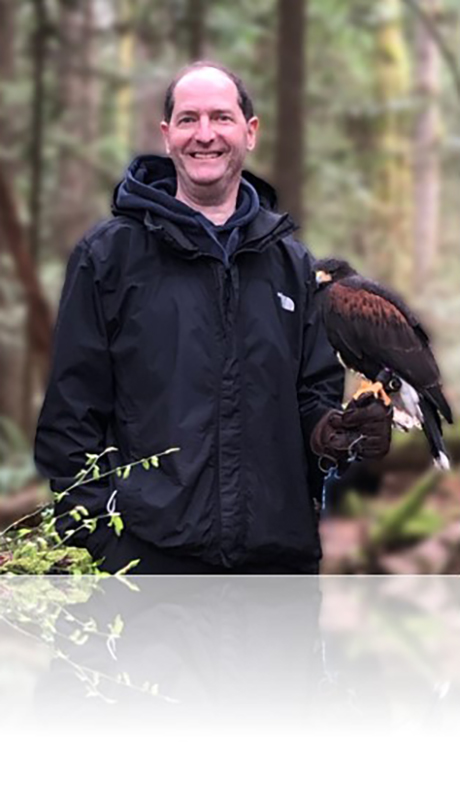 Kevin was born in North Vancouver but was raised in Burnaby. After graduating from high school he travelled extensively to Australia, New Zealand, England, Scotland and Switzerland.

At age 31, Kevin decided to return to school and he completed his bachelor’s degree at Simon Fraser University. He used his kinesiology and gerontology knowledge and became a “gym rat” working at various community centres for the City of Vancouver and the City of Burnaby with his most recent job working at the new Edmonds Community Centre.

Kevin was passionate about a lot of things beyond fitness; particularly keeping in contact with his many friends and talking endlessly about his sports teams. He was an avid fan of the Vancouver Canucks, the Seattle Seahawks and Chelsea football. He thoroughly enjoyed the years that he had season tickets and went to as many Canuck and Seahawk games as possible.

Kevin was diagnosed with crohn’s disease at age 26 and had two life-altering surgeries shortly after diagnosis. Even with this diagnosis, he lived his life to the fullest as if every day may be his last. He continued to work, to travel, to laugh and to love. One of the highlights included a bucket list trip to Nepal to see Everest, which Kevin wrote about in the Canadian Society of Intestinal Research “Inside Tract”.

Kevin was also the proud owner of a start-up food website foodvancouver.com. His goal was to help people living with gastrointestinal disease to continue to safely eat out by identifying restaurants that would cater to their unique dietary needs.

In the last 10 years of his life, he was the enthusiastic supporter of his wife’s dog obsession and officially became her ASS (agility support spouse). He would tirelessly and without complaint plan for trips across Canada and the USA so that Peggy could compete with Dawson, Koda and Everest in various dog sports. He was so proud of their achievements and was such a large part of their successes. Kevin is survived by his three Australian Shepherds - Dawson, Koda and Everest - who are going to miss their Dad terribly.

Due to COVID, a memorial service will be planned in the future.


“Life is a gift, love is a gift, and when both are bestowed, you have a life well lived.”


Kevin has asked that donations in his memory be directed to the Canadian Society of Intestinal Research, Pancreatic Cancer Society of Canada or the BC SPCA.