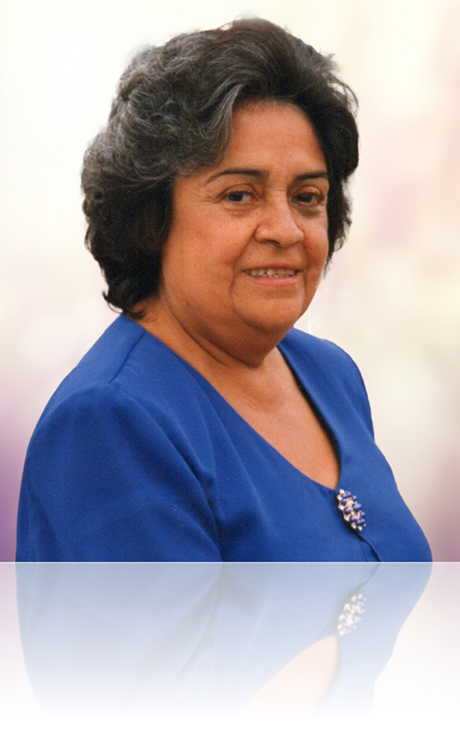 There will be a tea to follow the service


Our mom Alicia (Zenaida) was born in Mexico into a large middle‐class family, the second of eight children. There were three lessons from her father that always stuck with her: Learn to swim, learn English, learn to drive.

She found herself in her element when she discovered the YMCA. At that moment her enduring passion for swimming was born! She worked as a lifeguard, won diving medals, and did synchronized swimming. One lesson down two to go! 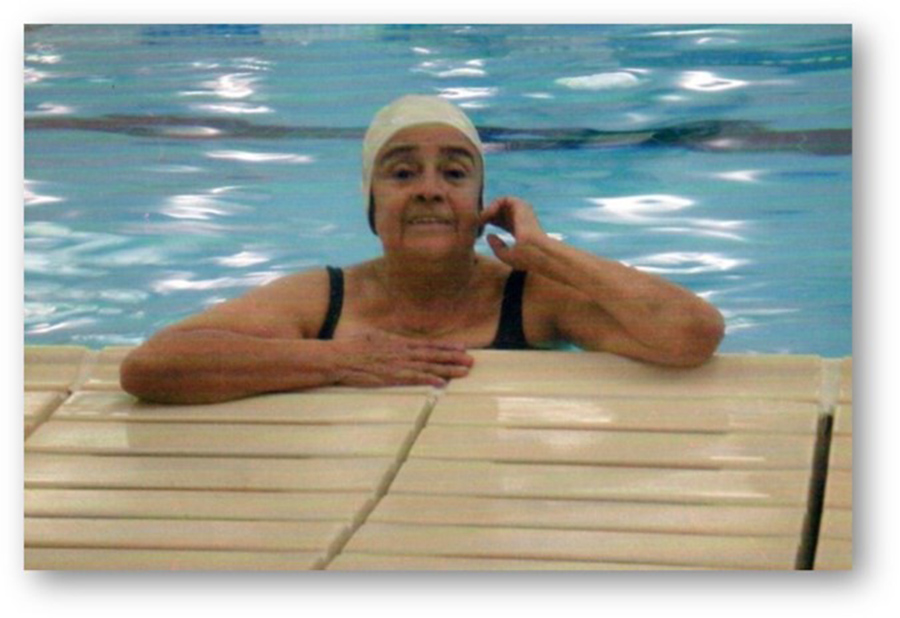 At school she’d sit by the door so she could duck out to play volleyball or climb fig trees. Her superior secretarial skills ensured she’d never be without work, but like school, it didn’t captivate her. Somewhere between skipping class and meeting a Frenchman named Roger, mom learned English. This proved useful when, after they were married in 1960, she made the move to Vancouver, where Roger had settled as an immigrant. This was a huge change! It was cold, there were no tortillas, and no friend who spoke her mother tongue. Nevertheless, she adapted and by 1965 she was the mother of her three children: Michelle, Doreen, and Daniel.

Some years later she faced the challenge of being a single parent to these three children. It was much more difficult in the 70s as a woman, single parent and immigrant to succeed. But she did in spite of an ongoing battle with depression. She forged ahead through the challenge of living with an illness that was misunderstood and not openly talked about. Throughout her life mom had ambition and ideas but due to the impact of her illness many were left unrealized.

So far, two lessons down one to go; learning to drive. Let’s be honest, mom didn’t take to the road like she did to water. Her sense of direction wasn’t the greatest but she was familiar with public transit, so her solution was to follow the bus to where she wanted to go. Her dad’s three life lessons were accomplished. He would’ve been so proud of her! 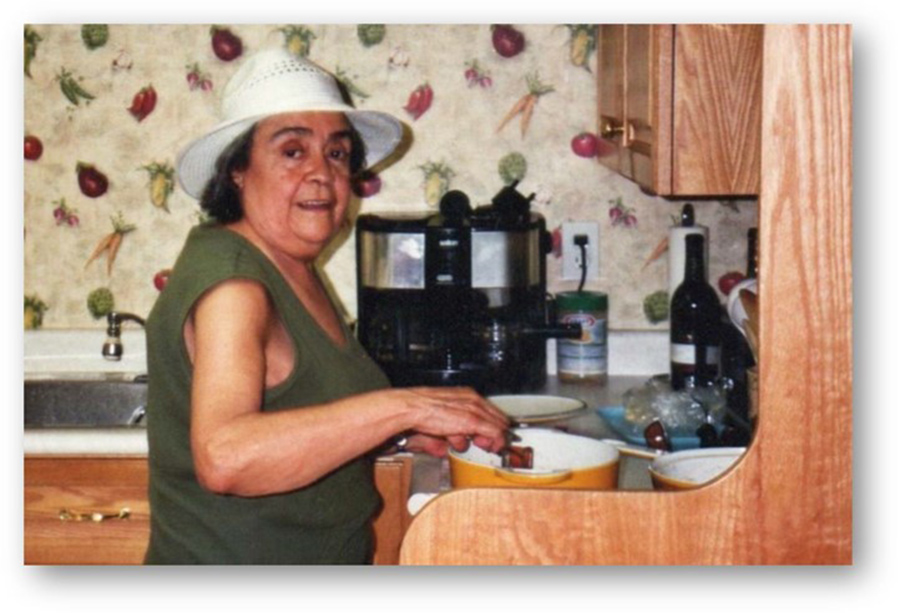 In the 80’s mom got a job at the South Vancouver Neighbourhood House. At first it was helping with seniors’ activities, which she enjoyed. Then she was asked to help out in the kitchen. As long as we can remember mom had a keen interest in cooking watching every cooking show under the sun. However, back then, she lacked self‐confidence in her ability and this caused her much anxiety. But with determination she embraced the job and was soon creating menus and cooking for a crowd! She expanded this new found enthusiasm and began putting her own creative spin on popular dishes even inventing many of her own! Mom blossomed and started to open her heart and home to her many friends who invariably left with generous food parcels.

Mom was fun-loving. Growing up, she would take us to the PNE and then in later years we took her! At Expo 86 when asked if there was any ride she’d like to join us on her immediate reply was, “Yes! The roller coaster!” She’d spontaneously get up and dance encouraging others to join her, like the time the liquor store had mariachis on Cinco de Mayo. Olé! She happily jumped at opportunities to accept invitations to travel with friends and family. Trips included seeing the Rockies by train, driving across Canada, cruising to Alaska, flying to Jamaica, even hitchhiking during a bus strike! 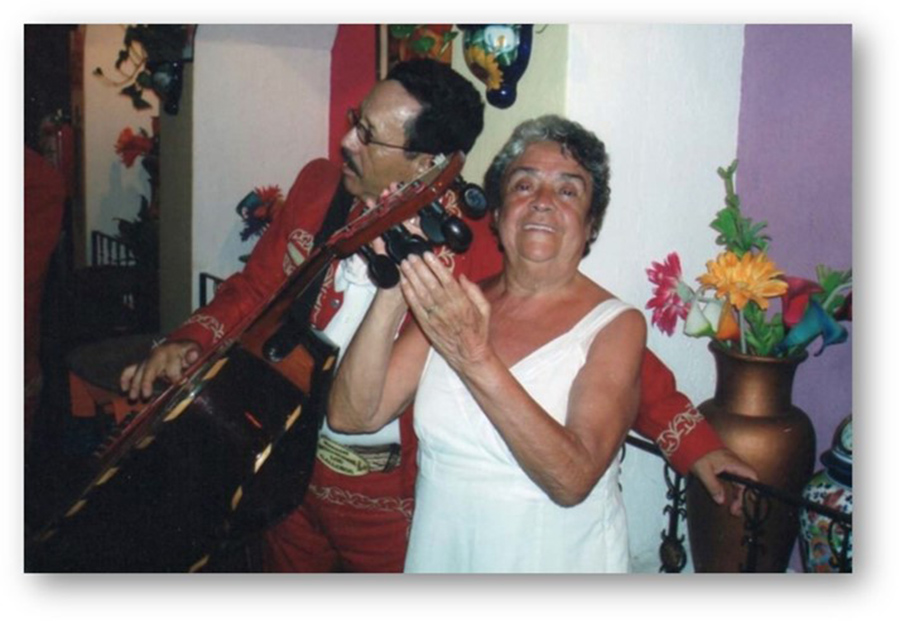 Fortunately for us mom didn’t move often. Not an organizer by nature, we were the ones sorting, packing, unpacking and setting up house. We loved mom dearly and it gave us great pleasure to see that she was always in a cosy, comfortable home. Our last call to service was when she moved to Broadway Lodge. Sadly, mere weeks after she moved in, her stay there was tainted by the onslaught of the Covid‐19 pandemic. Nevertheless, it was a great comfort to know she was in the hands of an incredibly caring and compassionate staff. Her reputation to draw people and make friends didn’t diminish. Many there told us she was a favorite. We took full advantage of the various means to visit and take her out. It was especially rewarding to see how thoroughly happy she was on her many outings to Granville Island. 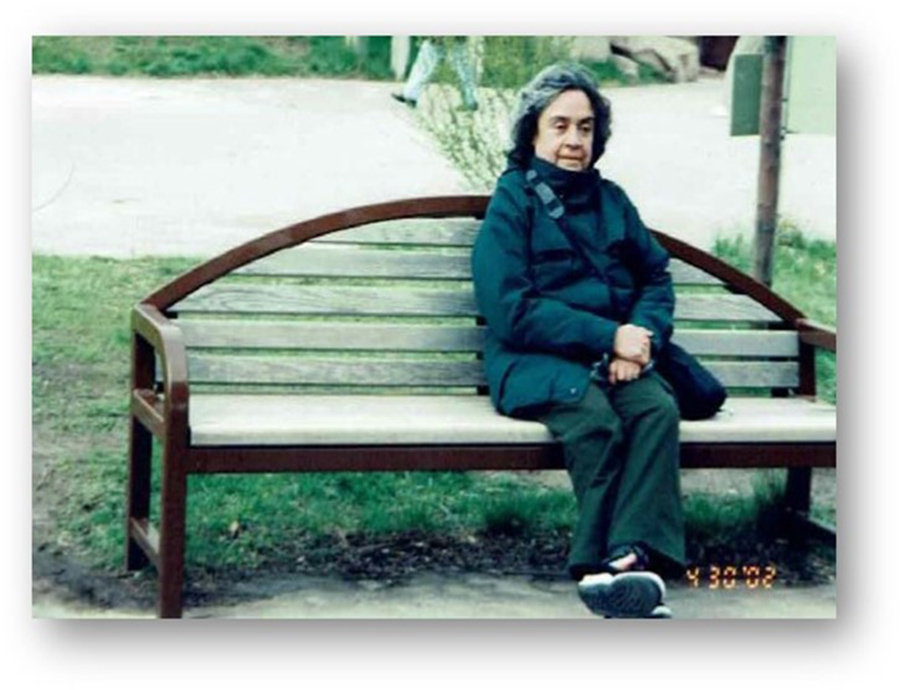 Mom didn’t suffer with a painful, terminal illness, she was afflicted with the ravages of old age until quietly falling asleep in death. She believed in and prayed to a loving Creator. (Psalm 83:18). She had faith that the time would come when the earth will be a happy, peaceful place where our mental, emotional and physical health will be in perfect balance. ‐ Psalm 37:11; Isaiah 65:17; Job 33:25 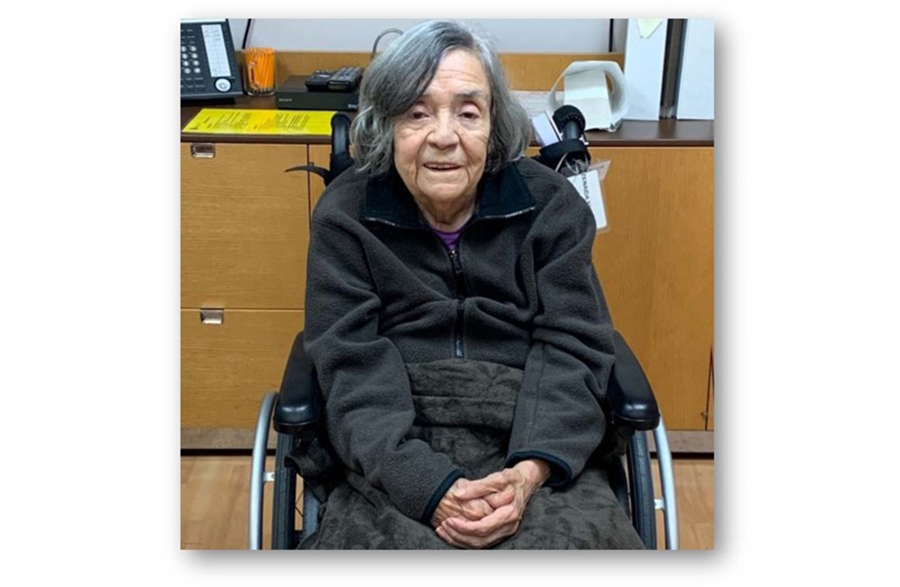 She is survived by her children Michelle, Doreen, Daniel (Brenda), her granddaughter Chelsea (Josh), her younger sister Rosa, and a large extended family.