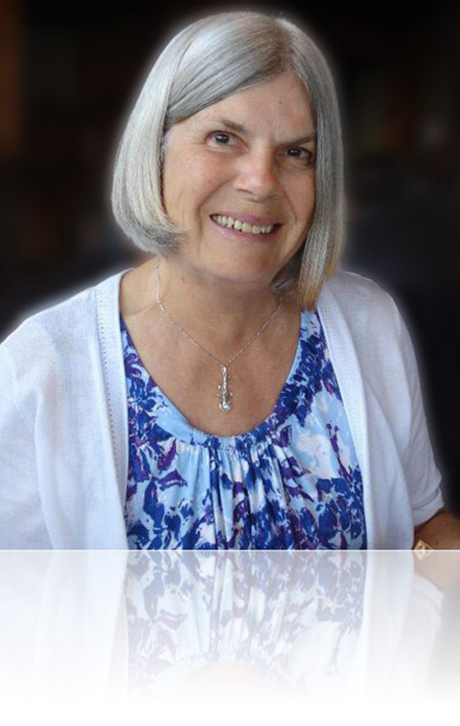 
On Saturday, July 31, 2021, Karen Hales, loving wife and mother of two children, passed away peacefully at the age of 78 after a brief bout with cancer.

Karen was born on August 6, 1942 in Vancouver, BC; the daughter of proud parents William (Bill) and Dorothy Forsyth. Karen met her future husband, Gary, in 1959 when she was just 17. The pair would be nearly inseparable for the next 62 years. She completed her degree in Education from UBC in 1971, but started teaching in 1962 at Sir Wilfred Grenfell elementary school. In 1971, Karen was thrilled to join an experimental teaching program at Queen Elizabeth elementary school. Her colleagues in the program: Linda, Pam, and Corrine, would become life-long friends. Karen originally planned to complete a master’s degree in Education. However, after the birth of her two sons, Chris and Rob, family became her top priority and she left teaching to raise her sons at home. She could not stay away from her calling forever though. After her sons reached their teen years, Karen went back to teaching for another decade before happily retiring in 2002. Karen was committed to doing her absolute best to help young kids learn and grow. She was always the last one to leave the school, and often fell asleep in her chair at home marking papers.

Karen had a taste for adventure in her younger days. As a teen, she travelled to Australia as a Gold Cord leader with the girl guides. In her twenties, she trekked around Europe twice; the second time with her sister, Debbie, and Linda. Karen was also keen to explore all corners of Canada and drove across the country twice with Gary, typically camping along the way. Despite her love for the True North, her favourite city was undoubtedly San Francisco. Her second trip to San Francisco with her sisters, Joan and Debbie, was one of her favourite memories. In her later years, she preferred the comforts of home, happy to travel vicariously through her sons and other family and friends. She got a real thrill following other people’s adventures by post card, especially Debbie and good friend Jude. Karen would thoroughly research the destinations and track the associated itineraries and expected weather. When her son Chris and his wife Diana embarked on their trip around the world, Karen’s research was almost stacked to the ceiling.

Deep family roots were important to Karen. She lived in her childhood home in Vancouver for the majority of her life. Her passion for family drove her interest in genealogy. Indeed, she tracked three branches of the family history to the late 1700’s. A fierce opponent to change, she held on tightly to the people, places, and possessions she loved. Her family (especially her sisters Joan and Debbie), high-school friends (Jude, June, Arlene and Marilyn), and time at the cottage on Denman Island with Gary and the boys were the key ingredients to joy in her life. That joy was enhanced when, after waiting (somewhat) patiently for a long time, she finally got to be a grandma when Audrey arrived in 2011. Karen and Audrey enjoyed 10 years of visits, stories, playing and ice cream together.

Truly compassionate and genuinely caring, Karen had a passion for people. Karen was famous for sending extremely long and detailed emails, which was her way of showing her genuine interest in your life. She loved walking and reading. Karen and Gary regularly did long walks around the Lower Mainland. Just as important was the tea and a good muffin somewhere at the end of the walk. She particularly enjoyed reading at the cottage on Denman Island, given it was so quiet and peaceful. Shiny new objects did little to draw Karen's attention. Her husband and sons lamented the struggle of trying to buy her birthday and Christmas gifts that they knew she would never use. A home weather station for Christmas was a rare success given Karen’s peculiar fascination with the weather.

Karen was preceded in death by her father, Bill, and mother, Dorothy. She is survived by her husband Gary, her children: Chris (Diana) and Rob, her sisters: Joan and Debbie (Terry), and granddaughter, Audrey, along with several cousins, nieces, and nephews. A small celebration of life was held with immediate family members on September 3, 2021. Condolence messages and photos below are appreciated.


In lieu of flowers, donations in Karen's honour can be made to the BC Cancer Foundation: