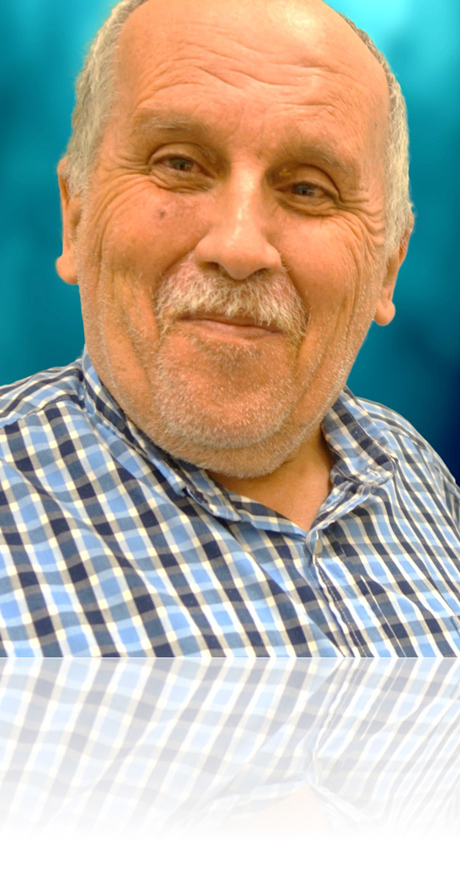 
Beloved by those who knew him, Darrell Harper has left us much too soon on the morning of June 8, 2020 at the age of 68, due to cancer. The words kind, generous, and compassionate would be just some of the words to describe him.

Darrell leaves behind so many people who loved him and will miss him terribly. He is survived by his wife of 38 years Janice, along with their sons, Zachary and Joshua, and granddaughter Ellis. He is also survived by his mother Bonnie and brothers David (Lena), Randall (Sharon), sisters-in-law Sharon Cork and Nancy Cork, nieces, nephews, and other family. Also left to mourn his passing are so many good friends, colleagues and students who loved him and will miss him.

He was predeceased by his father Gordon and his brother-in-law who was also one of his best friends for 35 years, Tom Cork.

Darrell was born in Vancouver, grew up, and spent the majority of his life in East Vancouver. He attended Beaconsfield Elementary and Windermere Secondary.

Darrell was a volunteer in his community for nearly 40 years, serving in numerous capacities close to his home and his heart. All he ever wanted in his life was to make his community a better place and everyone is more fortunate that he was able to do just that.

After graduating from secondary school, Darrell worked in sales throughout the 70s until the mid-80s when he took the unusual step for men at the time and became a stay at home father for his boys. He said it was his favourite and most fulfilling job he ever had.

In the early 90s, he created, owned, and operated Darrell’s Family Daycare, a before and after school daycare, providing low cost daycare services to the community for many years.

When he wasn’t taking care of the kids at the daycare, he became a longtime volunteer at Franklin Elementary School, where he became known as “Mr. Franklin”.

At Franklin, he held many roles. He ran the volunteer driven low cost Hot Lunch program, served on the PAC, mentored students and so much more. In honour of his volunteerism, he was awarded the International Year of Volunteers Medal in 2001 and in 2002 he was honoured with the creation of The Darrell Harper Award — a small cash award given to a graduating Grade 7 student who demonstrates the same beliefs Darrell held so dearly. Someone who is highly regarded by all, makes positive contributions, demonstrates integrity, cooperation, a peaceful problem solver who has a positive attitude towards education and school life.

For many years, Darrell also served on the Templeton Secondary PAC, where he served as chairperson and was a Cub Leader for Scouts Canada (26th St. David’s).

In semi-retirement, he became a Supervision Aide at Thunderbird Elementary School. He loved the job, the students, and the staff; so many of them loved him back. His impact at Thunderbird was widely felt.

Darrell made a profound difference and has left an indelible mark on the hearts of many. He touched hundreds, if not thousands of lives in so many positive ways. He strongly believed in the goodness of people and kindness. In what was his final message to Thunderbird students he wrote: “I want you to remember to always be kind to your parents, your teachers, your friends and everyone you meet. Kindness goes a long way in life.”

Kindness does go a long way in life and Darrell was kindness personified. For those of you who knew him, please demonstrate your kindness, volunteer, and try to make a positive contribution in the lives around you.

In lieu of flowers, the family would kindly request to honour Darrell and his memory by making a donation to Thunderbird Elementary School. Your donation would go towards The Darrell Harper Student Enrichment Fund, which would be created to benefit students and a memorial bench to be placed in the Thunderbird primary playground in his honour.

The Darrell Harper Student Enrichment Fund would provide subsidies for Thunderbird students who would benefit from having support in an extracurricular summer program of their choice.

The installation of a new bench in the primary playground is a public tribute to honour Darrell where he spent time looking after and caring for the students. With this bench, the hope is that his memory will live on within the students and hope his ideals instilled in the students remain for many years to come.

You can donate to those initiatives here via the Vancouver School Board link below:

and please remember to select “In memory” in the 'Tribute Information' section and write-in Darrell Harper.

A celebration of life of some sort will likely be held after social distancing rules are lifted. But in the meantime, Darrell would not want you to cry over his passing. He’d rather you have a good meal, a good drink or two, and reminisce of all of the good times you’ve shared with him.

If you would like more information on anything or want to reach out, please feel free to contact the family via email: harperfamily@telus.net.

For Darrell, it’s not goodbye, it’s "See you later".