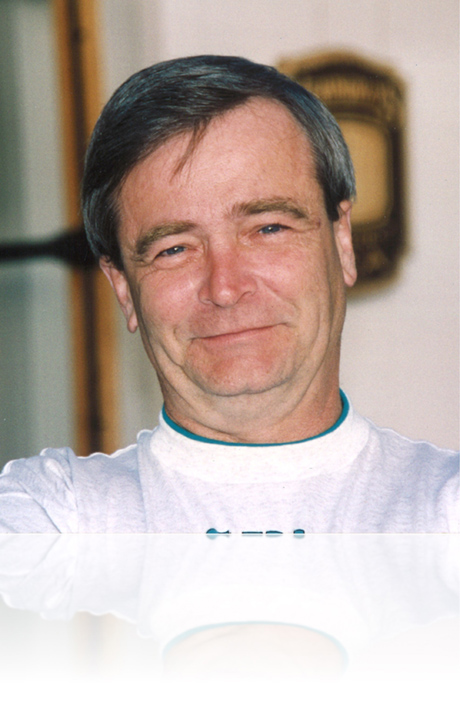 Dick was born in Buffalo, New York across the river from where he was raised in Fort Erie, Niagara Falls & Toronto, Ontario. The family owned a small island in the St Lawrence 1000 Island Archipelago; it was there Dick learned to swim & sail, thus began his love of the water.

Dick excelled in math & fitness in school then joined the Canadian Airforce as a Radar Specialist and a Judo/Fitness instructor. He married Doreen in 1959. They had 4 children in the span of 10 years while he was deployed across the country from Comox, Winnipeg, Quebec, Halifax, Toronto; ending up back on the west coast in Esquimalt. Dick liked to be active and encouraged his kids to be involved in judo, hiking, gymnastics, camping and swimming.

During this time, Dick accomplished many things: He along with a friend built some houses in Comox, which included a family home; he played sax in a jazz band and he was a Black-Belt Judo Champion (see newspaper clippings). He transferred to the Navy in 1974 at Esquimalt, BC and set out to pursue his dream of becoming a clearance diver. (please see the headshot photo of him after a dive and a note he wrote on the back that he gave to his son Jim).

The family lived in Duncan and Dick loved driving his huge Honda 1000 motorcycle over the Malahat Highway to work every day. They moved to Esquimalt in the summer of 1977.

These are the comments he received on his course report for his certification:

“Lt. Kensett passed all performance objectives with a high degree of proficiency. He is well motivated and has the ability to complete all tasks assigned to him. Lt. Kensett shows a very keen interest in the clearance dive trade for which he would be highly recommended.”

Dick was promoted to Captain in 1974. He retired from the Armed Forces in 1978 and joined the Coast Guard in the Vessel Traffic Division. Dick (single now) worked mostly nights, leaving him free in the day to charter his 30’ sailboat the “Dolphin” at the Bayshore Hotel dock. He got to know the couple in the next boat and Kathy introduced him to her twin sister Debra. Dick always said he fell in love with Deb on their 2nd date. They married on a big yacht in 1987 and spent their honeymoon sailing in the Caribbean. A few years later, they followed another dream and moved aboard a 50’ motor-yacht which they called ‘Jazz’. During this time, Dick moved to the Coast Guard IT division as a Manager. He often travelled back east. Dick would call Debra every night (before cell phones) and always left her post-it love notes on her pillow before he left for a trip. Debra sometimes flew back and enjoyed seeing Montreal, Quebec City & Ottawa with him. Dick retired after 38 years with the Govt.

Dick loved ‘tinkering’ on the boat and the summers cruising as far north as Desolation Sound, back down through Comox to Nanaimo, the Gulf & San Juan Islands. His favourite place to anchor was Reed Harbour on Stuart Is. Wonderful times were had with their boating buddies which included a trip down the Olympic peninsula. The Sept long weekend was a favourite raft up with games, costumes and the “dinghy boat race” with tequila shots on “Jazz”!

One memorable time at a dock, Dick instigated “The Heist”. He had heard that a plane with a lot of money sat at the airport over the weekend and made a weekly trip to Hong Kong on a Monday. Dick decided they should rob it. So began “The Plan”. Of course the more drinks everyone had under their belt, the more details were added such as a get-a-way plane. Everyone who showed up at Jazz for a drink was invited to join the ‘gangsters’ and given a task in the robbery. The catch phrase of the weekend (maybe the summer) was “Are You In ?” None of the ‘gang’ is in prison, or missing with a million, so “The Heist” never did happen.

To keep himself busy, Dick worked part-time at the Pt. Roberts Marina and taught hands-on-boat training skills. He did 80% of his own boat maintenance. Dick was hired on as a consultant/certifier by a CG friend also retired who had set up a CG approved company to provide tests and certification for the Pleasure Craft Operator Card that all recreational boaters with motorized vessels must have. Both Dick & Debra worked many boat shows. They also did some charter work. Around that time, they got their little dog “Diesel” whom they loved very much. Deez would go to work with Dad and came on the adventures. Sadly, they lost him a few years ago when he was 17. After 25 wonderful years, they sold the boat as Dick had developed breathing issues after some lung cancer. He also started having kidney dialysis. They moved into a house in Tsawwassen. They both missed the boat but still had each other.

Dick’s favourite place in the world to vacation was the small Island of Molokai, Hawaii, which was like Hawaii was 40 years ago, unspoiled by tourism. Dick loved to sit and watch the surfers ride the giant waves. They enjoyed travelling through Scotland, Ireland, England with a quick trip to Paris and drove everyone crazy when they got back saying “Bonjour mon Bunky, Bonsoir mon Cubby” (pet names). Other places they enjoyed were Maui & the Big Island, Mazatlan, Costa Rica (Dick tried to surf!), New York, Washington, DC (toured the White House), New Orleans (music was incredible), Italy (loved the Amalfi coast), and the last trip was Prague and then a river cruise from Budapest to Amsterdam.

Dick had a keen sense of humor and was known to tell the long drawn-out french accented “Pierre-from-the-bush” jokes after everyone had had a few drinks. He would tip his glass to others and say “to your very good health” before taking a drink. He was always happy to lend a helping hand to anyone in need and share his knowledge of boating skills as well as keep out a watchful eye for everyone’s safety on the water. A true gentleman of the sea.

Debra: Dick, my “Cubby” was my rock & always on my side. He would surprise me with flowers for no reason and leave love texts on my phone. If he found out I was putting money aside to save for something special, he insisted on giving me extra money to help pay for it. He did so many caring things for me. I got a phone call from a nurse who was on his kidney dialysis team. A complete stranger, she wanted to tell me how much the whole team liked Dick with his positive attitude and sense of humor. She said he would talk about me and his family all the time and said they could tell how much he loved his wife & family. I was very blessed to have had the love of this man for all these years. He was my funny & “tough” navy guy with a loving heart & a romantic soul. Miss you. Love you. Your “Bunky”

Susan: I’ll be forever grateful for your loving and guiding presence in my life Dad. I hope that you’ve known all along how much you meant to me. I have so many lovely memories of you and our time together. I’ll miss you terribly. I love you. Your Susie Q.

Karen: Hi Dad. I really appreciate that we were able to connect so much through the last year since we lived at a distance. I have many fond memories growing up, camping at Kye Bay, riding a military helicopter to the CNE and our sailing trip to Comox. I’m sure you are out there on the water somewhere sunny and beautiful. Rest in peace Dad. I love you and will miss you dearly. Love Karen.

Rick: Dad, I hope you are in a happy place. We had so many good times over the years that words will not do them justice. I appreciate that you always did your best when things got tough. Thanks for the great times at the Rec Centre in Toronto, the cruise on the HMCS Gatineau, the many pub crawls and the Christmas tree hunts in Courtney, among many others. Tell Pop-Pop that I say Hi and toast the happy memories, my treat. Love “Lickie #3”.

Jim: You were my father, friend, teacher and buddy. I miss you so much and already miss our talks and gatherings for lunch and bbq’s. So many happy memories growing up; the camping trips and especially sailing around the Gulf Islands & Howe Sound. But now it is your time to sail away from all of us. Love you. Miss you. Your Loving Son Jim.

Photo with a Note for Jimmy


For those of you who have asked about giving a donation to a charity in Dick’s memory, being a veteran and with a great respect for First Responders (especially during these trying times), Dick admired a charity that is operated by the New Chelsea Society (part of the Royal Canadian Legion) called Winch House. Please use the link below, select 'Winch House'as charity fund to apply and please write on the message that this is a gift in memory of Richard (Dick) Kensett.

Similar to Ronald MacDonald House, this organization provides free accommodation for families of Canadian Armed Forces and First Responders while members are receiving medical care in the lower mainland. 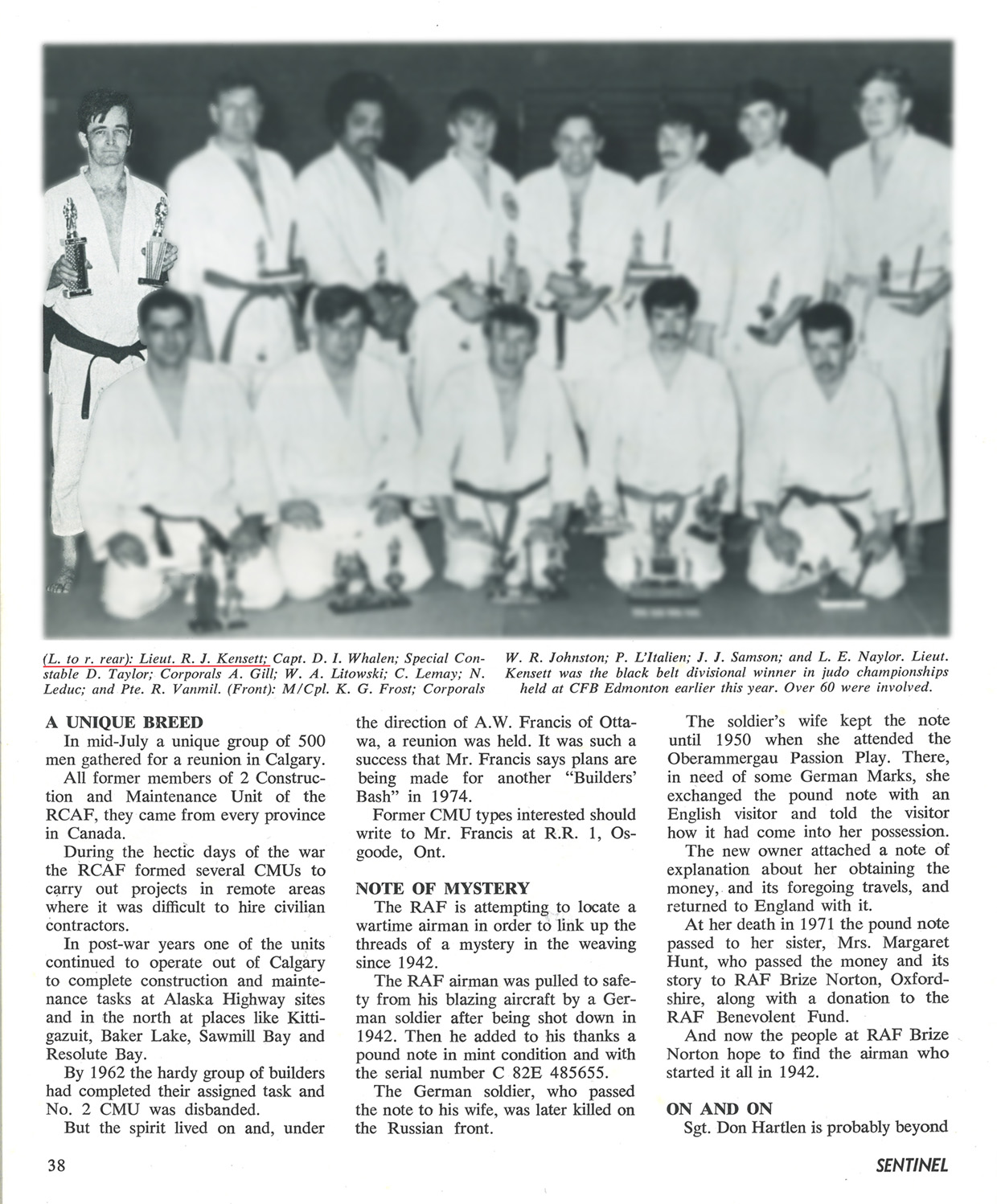 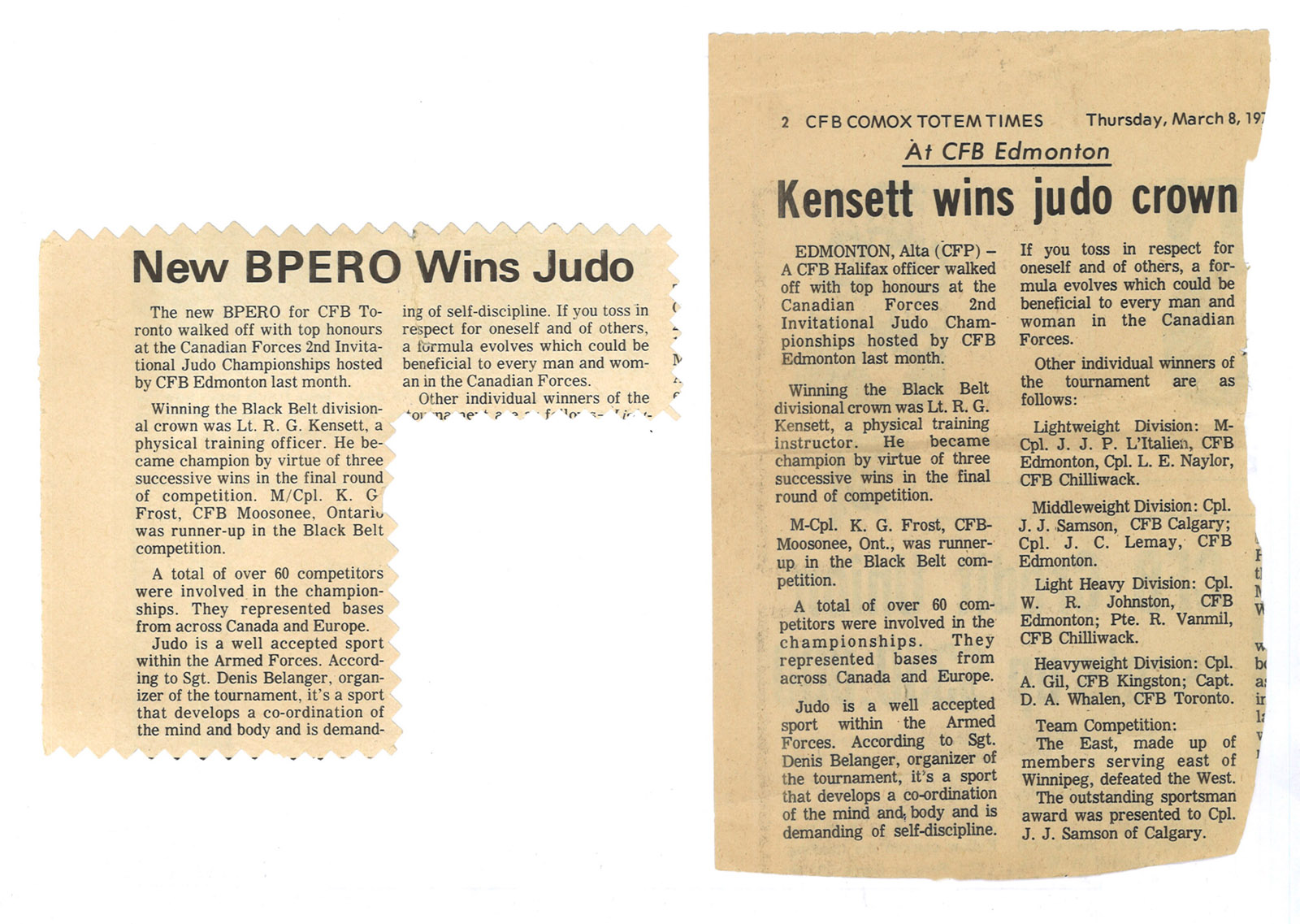 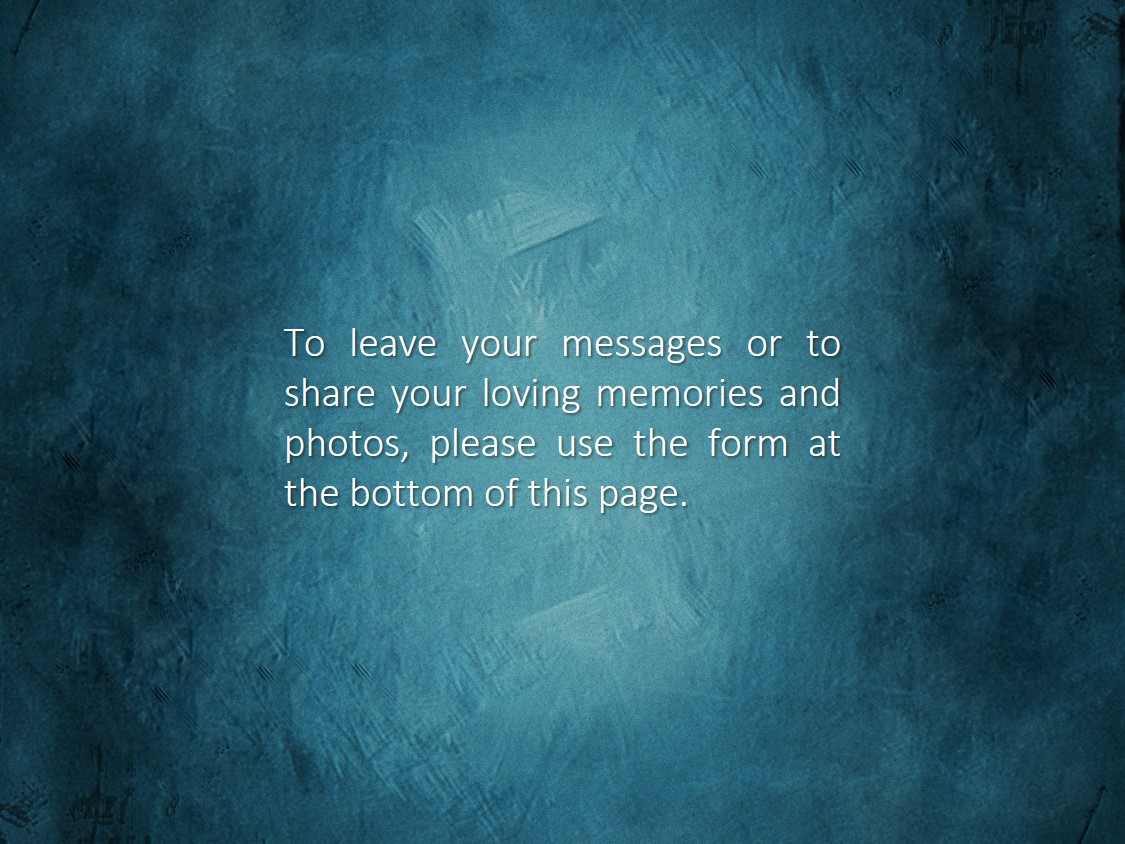