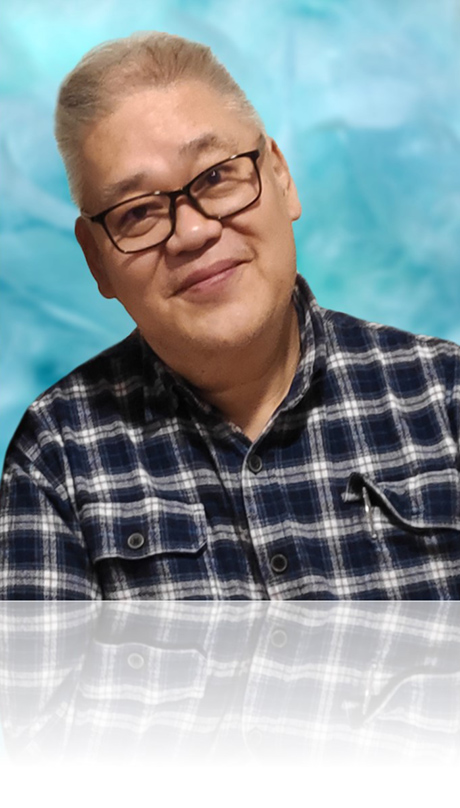 
Alan was born in Hong Kong on January 29th, 1962. Along with his parents and younger brother, they lived in Hong Kong Island on Leighton Hill/Tai Hang Road until he was 12, where he then went to Britain for schooling. After high school, he went to Switzerland to study hotel management.

Upon returning to Hong Kong in 1991, he met Pat while they were working at the same hotel. In February 1993, Alan and Pat moved to Vancouver, and in the same year, they got married in March. Together they have two boys, Matthew and Joshua. For the family, Alan was extremely hardworking. Even when things were tough, he would never complain as it was all about a stable life for the family. Alan was a responsible family man, a loving husband, and a caring father. Alan selflessly gave for his family, as he highly valued each member’s relationship. Pat takes very good care of the family; the children respect and love their parents-- the Lins is indeed a harmonious family. Alan was passionate about people, was easy-going and kind-hearted, and he deeply cared for his friends. Alan loved and excelled in bowling and tennis, especially bowling competitions, where he earned many trophies.

Just as things were going well, on July 27th this year, Alan was admitted to the hospital and was diagnosed with terminal cancer. When he was staying at the hospital, Pat and their two sons took turns in taking care of Alan every day. Alan faced his illness head-on and never gave up. What would have been a painful journey, by the grace of God, Alan did not have to endure too long of a pain. On the morning of August 18th, 2020 at 11 AM, the Lord welcomed Alan to his heavenly home, preventing him from further worldly sufferings, at peace with the LORD. Just two days prior on August 16th, Alan’s beloved father also went to be with the LORD. May both father and son rest in peace in eternity together, without worrying about physical separation.


The following video presentation is a memorial tribute in loving memory of Alan, as presented at his Funeral Service, created by his family.