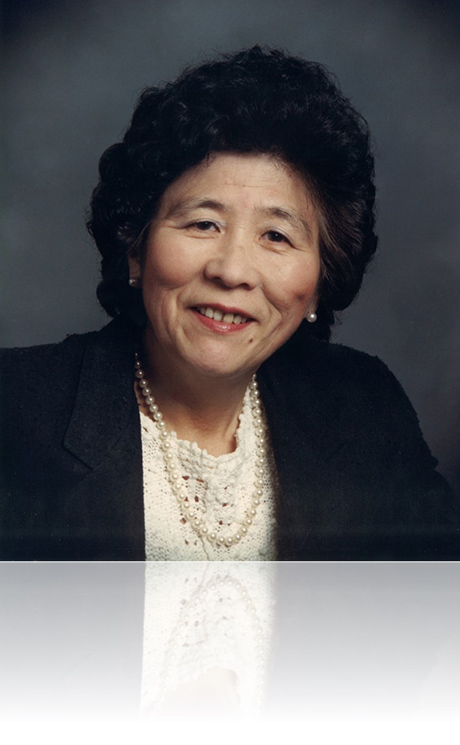 
Surrounded by her loved ones, Miyoko Nose (nee Nishimura) passed away peacefully in Vancouver.

She is survived by her children, Laura (Brian) and Lance (Johanne) and beloved grandson, Pascal. She is also survived by her sister, Eiko Nishimura, sister-in-law, Sue Nishimura and many nieces and nephews. She was predeceased by husbands Reg Kaga in 1952, and Tazo Nose in 1986, and by siblings Yoshinori Nishimura, Kinuye Mori and Shizuko Matsumura.

The memorial service is on Saturday June 29, 2019 at 11:00 AM at the Vancouver Buddhist Temple, 220 Jackson Avenue. In lieu of flowers or koden, donations to the Vancouver Buddhist Temple at (www.vancouverbuddhisttemple.com) or the Nikkei Seniors Health Care and Housing Society (Iki Iki Program) at (https://www.canadahelps.org/en/charities/nikkei-seniors-health-care-and-housing-society) would be appreciated.

The following is an expanded version of Miyoko's Obituary and Life History.

With her son and daughter by her bedside, our mother, grandmother, sister and aunt quietly and peacefully passed away in Vancouver on June 16, 2019 at about 1:30 in the afternoon. With family and friends, she had celebrated her 95th birthday only days earlier.

Miyoko was the daughter of Sanjiro Nishimura and Kiwa Deguchi, who had immigrated to Canada from Shiga-ken prefecture (or province) in Japan in the early 1900's. Miyoko was the fourth of five children, all born in Vancouver - one brother, Yoshinori (Yo) and three sisters - Shizuko (Margaret), Kinuye (Kay) and Eiko (Betty).

Miyoko (also known as May) was born at home at 983 7th Avenue near Oak Street. She attended Cecil Rhodes elementary School but had to leave school after Grade Six to find work to help support the family. With her siblings, Miyoko also attended Japanese School at 7th Avenue and Heather Street and the Vancouver Buddhist Temple.

Miyoko's father was a mill-hand and her mother worked as a domestic. Their home was near False Creek which at that time was a major centre for the British Columbia lumber mill industry. She liked to recount memories of playing on the giant log booms with her brother and friends. Her parents had forbidden them to play on the dangerous booms - but Miyoko had an adventurous, daring and mischievous personality.

In 1942, Miyoko and her family were forced from their home in Vancouver by the Canadian government. Along with many others in the West Coast Japanese-Canadian community, they were initially housed in horse and livestock stalls in Hastings Park, Vancouver. The family was then shipped to internment camps in the interior of the province - Tashme and Lemon Creek. The family home and all their possessions were confiscated by the Government and sold at fire sale prices. Most of the proceeds were used by the government to pay the costs of internment and very little, if any, was ever received by the Nishimura family.

Because there was no work in the camps, the Nishimura family moved to Taber, Alberta about 1943 where, with other Japanese-Canadian families, they found work as labourers on sugar beet farms. Living conditions in Taber were extremely difficult - families being housed in former chicken coops and one-room un-insulated sheds. In later years, Miyoko would talk about the back-breaking work harvesting the sugar beets - pulling the heavy beets from the hard ground by hand and quickly chopping off the leaves before throwing them into huge piles to be shoveled into trucks.

When the Government finally allowed the exiled Japanese-Canadian community to return to the West Coast in 1949 (four years after the end of WWII), the Nishimura family, along with many others decided not to return. Like most other families who had lived through the internment years, the Nishimura family chose not to dwell on this experience with bitterness. They chose to rebuild their lives and homes elsewhere in Canada. It was the spirit of "Shikata ga nai" or "It can't be helped."

In Taber, in the late 1940s, Miyoko met her first husband, Reg Hiromi Kaga, who had lived in Cumberland British Columbia before the war. Their families were neighbours in Taber, part of the small Japanese enclave there. Miyoko and Reg married in 1950 and their daughter, Laura, was born in 1951. However, Reg suddenly died of a brain aneurysm in 1952, leaving Miyoko a young widow with an infant to raise on her own. With her new baby, she moved to Lethbridge to live with her parents.

A few years later, Miyoko's family and mutual friends introduced her to Tazo Nose who was living in Winnipeg, Manitoba. Like Miyoko, Tazo was originally from Vancouver and had also been interned during the war years. They married in 1955 and had one son, Lance, who was born in 1956.

She and Tazo lived the next 25 years in Winnipeg, raising their two children. After the children were of school age, Miyoko worked at a number of jobs - the last being at Motor Coach Industries, building buses.

In 1986, Tazo succumbed to cancer, leaving Miyoko on her own again. At the time she was employed at Mount St Joseph Hospital in East Vancouver; she retired at age 65 in 1989.

Miyoko loved babies and children. In 1992, her grandson, Pascal, was born to Lance and Johanne in Vancouver. She was his Bachan - his grandma. She loved being his babysitter. They were great pals.

Because Pascal's mother, Johanne, was Quebecois, he attended a Francophone school, Anne-Hebert in east Vancouver. Johanne also taught at that school.

One of Miyoko's favourite pastimes was baking cookies and other goodies to share with Pascal, his classmates and the school's staff. When she arrived usually during classtime, there would be a cry from all the children- "Bachan's here" which meant candies, cookies and other treats for the children. She must have been the teachers' ultimate nightmare- filling the children with all those sugary treats and totally disrupting the classroom. Despite this, she was much loved by all the staff; they could not resist her winning smile and genuine affection for all the children.

Miyoko was a devout and devoted member of the Vancouver Buddhist Temple. Her Buddhist faith instilled from childhood was a great source of comfort and inspiration - especially in troubled times.

She was a tireless volunteer with the Fujinkai (the Japanese Women's Association) and the Temple. For the Temple bazaars, she would regularly arrive at 5:00 AM to help with cooking, baking and clean-up until the day was done. She volunteered as part of her Toban Group to clean the Temple, prepare food for the monthly shotsuki services and keep the Temple a warm and welcoming place for gathering.

With Pascal, Miyoko attended Sunday School at the Temple and participated in many social picnics, outings and events. With the Fujinkai, she travelled to many Buddhist Women's Conventions throughout Canada and overseas- including Japan, Hawaii, Brazil and California.

Miyoko was an intrepid world traveler - visiting relatives in Japan on several occasions. When her daughter was working abroad, Miyoko would visit her and her late son-in-law, Don. In total, she visited the Caribbean four times - Montserrat, Anguilla, Puerto Rico and Barbados between 1990 and 1995. She also travelled to Samoa in the South Pacific in 2000 and London and Paris in 2004, wherever her daughter was stationed.

Miyoko was always a very active person. She joined the Oakridge Senior's Centre in Vancouver to learn line dancing and to play bridge. She was part of a five-pin bowling league for many years. She also took French lessons at Alliance Francaise to be able to speak in French with Pascal and Johanne and Johanne's family in Quebec that she visited several times.

In 2008, after selling her home in Vancouver, Miyoko moved into Shannon Oaks, an independent living facility, which became her home for over 10 years. There, she enjoyed outings on the Shannon Oaks bus, arts and crafts and exercise classes. She taught all the staff Japanese words- such as Arigato (thank you), Do itashi maste (you are welcome), Sayonara (goodbye) and Banzai (Japanese cheer, meaning hurrah).

While living at Shannon Oaks, she loved to walk across the street to the elementary school and talk to the children and give them little candy treats during recess. In the summer, she enjoyed watching children's baseball games in the park.

Sadly, in later years, she was diagnosed with dementia. First it was just her short-term memory that was affected. Much later, she was no longer able to carry out simple tasks and needed more and more assistance.

In 2014 until late in 2018, Miyoko attended the weekly Iki Iki day Program for Japanese speaking seniors with dementia. The Nikkei Seniors Health Care and Housing Society at the Nikkei Centre in Burnaby organize this program. As she worked with the arts and crafts projects or participated in exercise classes at Iki Iki she enjoyed chatting in Japanese with the staff and volunteers. She relished the tasty Japanese lunches prepared at the Centre. Every week, she would come home with new treasures she had made.

She was comforted in her journey by her companion and friend, Chris, who visited her twice weekly from 2017 until her death. Yoko, who knew Miyoko for five years at Iki Iki, then began to visit her two to three times a week in 2019, when she could no longer attend the program. They would chat in Japanese, sing old Japanese songs and do simple craft projects. She was also helped by David and his staff who always escorted her to and from Iki Iki.

In 2018, as her illness progressed, she moved from Shannon Oaks to South Granville Park Lodge and then to Three Links Care Home, where she finally passed away.

At South Granville Park Lodge and at Three Links, she received wonderful care and attention. She still was able to participate in bus trips and social activities- music therapy, art therapy, exercise classes and so much more. Her favourite expression at the end of every song in music therapy was always "Banzai".

Wherever she went, she made many friends and allies. She was outgoing, charming, warm and above all so loving. Many will miss her.


Flowers and koden gratefully declined. Donations in Miyoko's memory can be made to the Vancouver Buddhist Temple or to the Nikkei Seniors Health Care and Housing Society (Iki Iki Program) 6680 South Oaks Crescent, Burnaby BC V5E 4N3 (links can be found below): 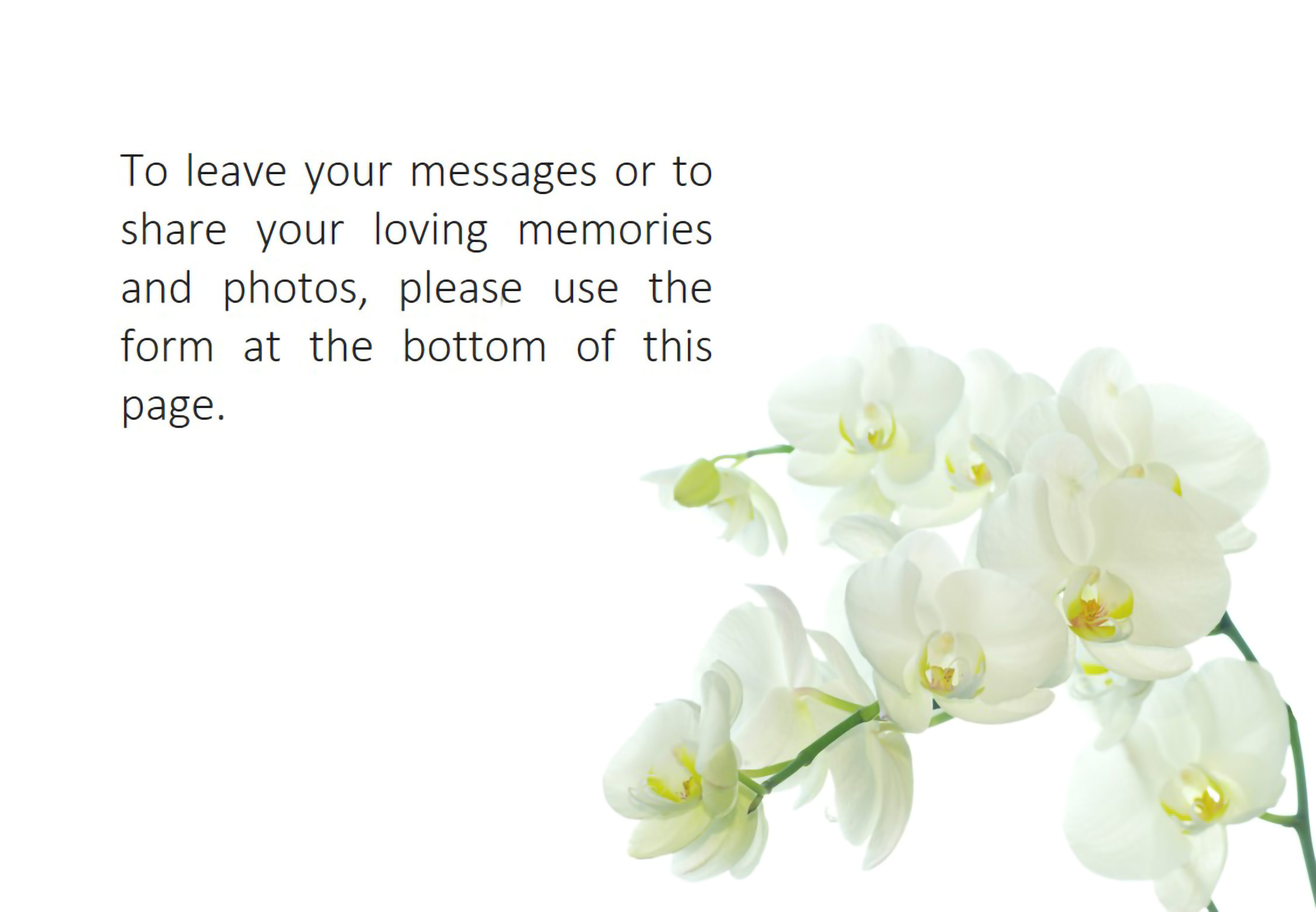