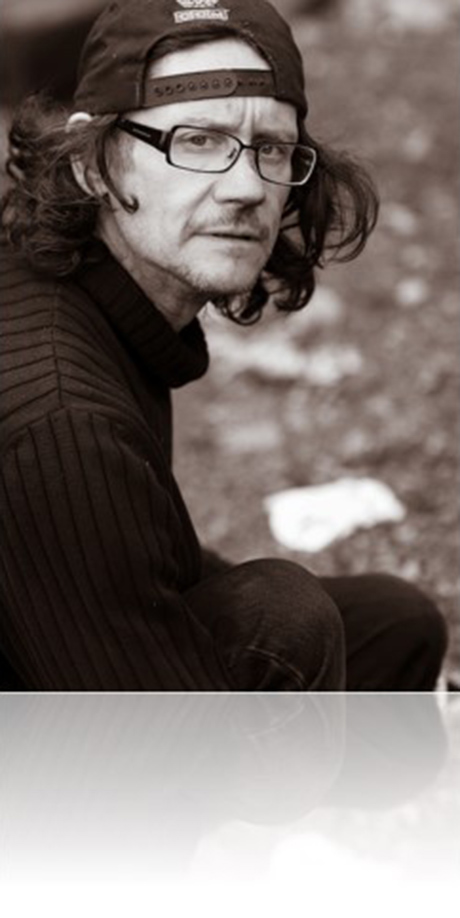 
Dieter Schlatter was born in 1958 in Bern, Switzerland to Eva and Fritz Schlatter. He grew up in Kagiswil (OW) Switzerland. He was so loved an will be dearly missed by his sister Priska Fischer-Schlatter and her husband Josef Fischer, Annalies Ohnsorg, good friends Marta, Wendy and Beatrix in Vancouver and his relatives in Switzerland.

Dieter became a classically trained chef and worked in the hospitality industry for 24 years - in Switzerland, Holland, Venezuela, Bermuda, Canada and on German cruise ships travelling to Africa, Southeast Asia and Europe. After living in Bermuda for 2 years he immigrated to Canada in 1989.

His artistic development began at an early age with serious interest in photography and literature. He published the book “Unter der Wasserlinie” (a fictional documentary about the life of the crew on German ships) through Zytglogge Verlag/Bern in 1987. He continued his self-directed art studies throughout and started painting in 1990. He gave up his job as an executive chef in 1998, for painting and sculpting full time.

Dieter’s painting and sculptures are shown & sold in galleries in Banff (Canada House), Whistler (Art Junction) and previously at Howe Street Gallery in Vancouver. He was a regular participant in the Eastside Vancouver Cultural Crawl as well as many other art shows in Vancouver, Switzerland. Even though Dieter spent much of his time over the last 30 years in Vancouver, he would often spend months at a time in his studio in Switzerland creating new artworks for exhibitions and visiting his family and friends. He received awards from the Kulturkommission Obwalden, Switzerland and the SARNA Jubilaeumsstiftung (Grant) Switzerland for his work.

Dieter had a strong urge to travel in his younger years to destinations in Latin America and Southeast Asia, he enjoyed skiing, photography, nature ..... and a good meal. While his professional career as a chef had ended many years ago, he continued to enjoy cooking for friends and family. He was a local to the Commercial Drive area where he’d begin his days with a great coffee at Cafe Calabria before starting his work in his studio.

Dieter was appreciated and loved by his artist community at the ARC and will be remembered by not only his talent and great artworks but for his honesty, integrity, wit, sharp mind and his charm.